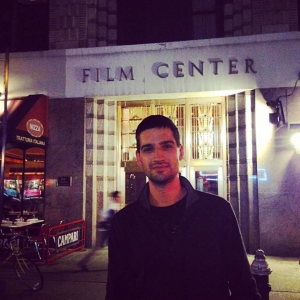 Since graduating from Digital Film Academy, Pavel Kacerle worked on the brilliant visual effects of blockbusters like the recently released Jurassic World, Iron Man 3, Captain America: The Winter Soldier, Avengers: Age of Ultron, Jupiter Ascending, Thor: The Dark World, White House Down, and Byzantium. Kacerle was a student of Digital Film Academy (DFA) and graduated in 2009. He came to NYC from Eastern Europe with no previous knowledge of animation or digital filmmaking. Today he is a successful lighting technical director in the film industry.

His work has been used by some of the best visual effects (VFX) companies in the world, including Lucasfilm and The Walt Disney Company.

Mr. Kacerle also held different positions in movies such as Total Recall and John Carter. He has worked on TV series including Wolfblood and Supersized Earth.

Pavel Kacerle turned his dream of working in the film industry to reality with professional training and hard work. Studying at New York-based digital film school Digital Film Academy opened the door to a sea of opportunities for him. Within two years of graduating from DFA, he landed his first major Hollywood movie.

Digital Film Academy is a noted name for film and media courses in the United States. This New York state licensed film school offers courses in Cinematography, Directing, Screenwriting, Web TV production, Video Editing in Final Cut Pro and Avid Media Composer, Sound Recording, Sound Editing and Design (ProTools), After Effects, and more. The academy offers certificate programs for both local and international students who wish to study at a film school in the USA on an F-1 student visa.

Pavel’s industry success accentuates the highly practical nature of the One Year Conservatory Program: students learn filmmaking by actually doing it. The school has state-of-the-industry equipment and experienced instructors and more: compare film schools in the USA and you find Digital Film Academy students have long-term access to equipment and facilities at no extra cost, even after graduating.

Students like Pavel Kacerle, who have successfully made a place for themselves in the film industry stand as testament to the high education quality which Digital Film Academy provides.