When Andrew Rottkamp entered college at the University of Delaware, he was a finance major.

“I didn’t know what I wanted to do, so I picked finance,” he jokes. “But I had a feeling right from the beginning that it wasn’t the right program for me.”

Luckily, when his junior year rolled around, he wound up taking an art class that focused on video. 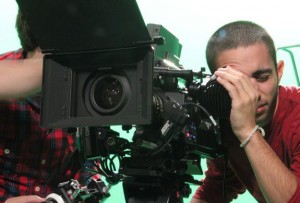 “I had so much fun. Outside of the class, I began shooting films. I felt like ‘this is what I’m supposed to do,’” he says.

He made a plan to go to film school after leaving the university and began researching his different options.

“The DFA looked like it had much better value for the money,” he says. “In some cases, it cost 50% less than other schools, and actually had better reviews than they did. When I visited, everyone was so welcoming and friendly. I learned about how it was so easy to check out equipment. I was sold!”

Rottkamp was able to enter into the Advanced Digital Filmmaking program, thanks to a motocross video he had made with friends in college just for fun. Once he began the program, he realized his favorite part of the process was directing. As an extremely visual filmmaker, he gravitated toward finding the right visual elements to express a script.

“Learning how to manipulate and break down a script in class was incredibly helpful,” he says.

He had an unforgettable filming experience while shooting his thesis film – and one he doesn’t plan to replicate anytime soon!

“In my short film, a man finds his best friend dead in the woods. A battle breaks out. In the end, you realize it was all inside a video game,” Rottkamp explains. It was a cool concept, but one that required the use of a BB gun.

“We were only using BB’s, but still, someone called the cops,” he remembers. “The police showed up and wrote us up for having a firearm. We had to go to court! The judge went easy, and there were no repercussions, but I learned a valuable lesson about getting permits to shoot.”

Unfortunately, the project is abandoned until getting the proper permit. But the hold-up hasn’t held Rottkamp back in his career.

“After graduating from the DFA in December 2014, I realized I really needed to build my portfolio, so I threw myself into freelance work for a year,” Rottkamp says. “I shot weddings, too. On one of those wedding jobs, the friend I was working with had a connection with someone at HBO, and asked if I might be interested in applying for a job there. Absolutely!” 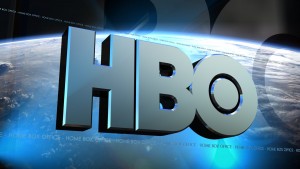 Rottkamp took on a temporary position at the popular network in January 2016, analyzing metadata for on-demand content. “I definitely feel that the DFA helped make me the right person for that position,” he says. “I knew all about transcoding, workflows. Exactly what they needed.”

Then, in June 2016, HBO offered Rottkamp an official position doing “Master Control,” where he monitors the outgoing feed for live TV. In the long run, he hopes to be involved in content creation.

Meanwhile, he creates content by continuing to make his own short videos outside of work. His favorite, a music video he’s currently wrapping up, is for a song called “Little Sister” by Terry Little, for which he created the basic storyline.

Additionally, his experience working with camera gear has inspired him to build an online store selling designer camera bags. “It’s been an incredible learn-as-you-go experience,” he confides. You can visit it here at:

Rottkamp plans to continue to grow the online store while also making more short films and staying on at HBO. His days as a finance major a thing of the past, he is now “Doing what (he’s) meant to be doing.”

To view some of Rottkamp’s amazing work, please visit andrewrottkamp.com.

When he was only in high school, Jimmy Zdolshek’s video production teacher encouraged him to participate in “SkillsUSA,” an organization that sponsors a competition to promote career and technical development. When the short Zdolshek completed within 6 hours as part of the contest went on to win 1st place, Zdolshek says it was one of the best moments of his entire life. The short then moved on to the National competition, where it placed 13th.

“I knew then that this is what I wanted to do for the rest of my life,” he says.

Settled on his future career, Zdolshek began to search for a school that would help take his filmmaking to the next level, without breaking the bank.

“I didn’t want to go hundreds of thousands of dollars in debt,” he laughs. “Also, I wanted real hands-on experience, freedom to work with the equipment.”

When he discovered the Digital Film Academy, it was the perfect match. The school’s low tuition, coupled with its policy of allowing students free access to all equipment needed for a shoot both during their schooling and after graduation, made it exactly what Zdolshek was looking for.

Additionally, given his background in film, Zdolshek was able to enter the DFA’s One Year Advanced Digital Filmmaking Program. This was another factor in his decision-making.

Currently at the DFA, Zdolshek is developing two short film projects that he wrote. For the one, “Stay Your Course, Young Man,” he was thrilled to get the rights to the music of the same name by Sylvan Lacue and Jon Bellion. Getting rights to music to include in his films is a skill that he began developing even with his high school projects.

“It’s not as hard as most people think,” he says. “A lot of the bands I like are more underground. I get their emails and we work something out. Most bands are willing to compromise, especially if you’re working without a budget!”

In other areas of his career, Zdolshek has gotten to see more significant budgets at work. He just completed an internship with Market Road Films, working on National Geographic’s Explorer, the longest-running documentary series in history. While there, he got to do development and post-production work. He also got to work on Blood Antiquities, a series about ISIS trading in the Western market.

“One of my favorite things was when I got to handpick the stills from Blood Antiquities to send to the network for the IMDB page,” he says. “I got to work closely with the director.”

Just this past month, he began another high-profile internship, this time with Backroads Entertainment, which creates shows that have been featured on channels like A&E, MTV, MTV2, E!, the Travel Channel, Lifetime, and more. Recently, he got to put together a playlist for famed rapper 50 Cent.

When asked what advice he would have for filmmakers just starting out, Zdolshek says: “Just get your ideas off the ground. Sit to write, go into production, and execute it the way you want… Work as hard as you can, watch and read as many films and scripts as you can, and make as many things as you can.” 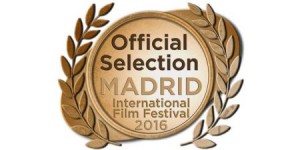 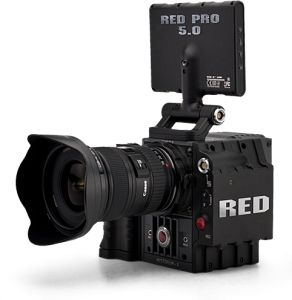 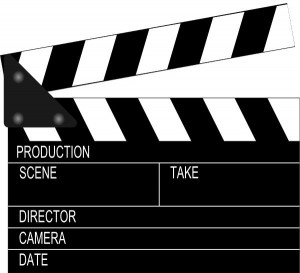 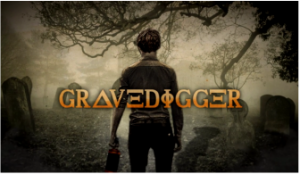 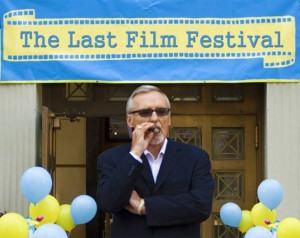