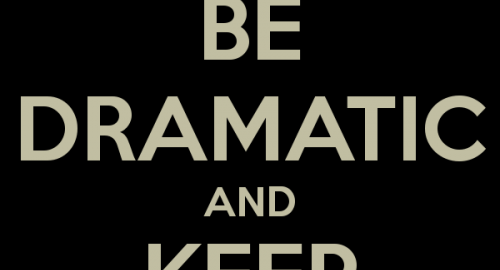 Hopefully you’ve read Part One of ‘Actor’s Advice’ – and maybe it even helped you get an audition. Now, here are a few tips for nailing your audition once you’re in the door.

1. Go back and re-read the breakdown.

Wherever you applied, there must have been at least a basic description of the character. Chances are, though, you apply for multiple auditions each day and these descriptions blur together. So to avoid confusion – go back and re-read the break-down for the character! The words used to describe this person are key words for what you should convey in your audition. Read them over and over, and take them to heart.

2. If you get the sides in advance – know them!

If you’re doing a ‘cold read’ – seeing the pages for the first time – it’s one thing. If you’ve had the pages for days, it’s another.

Not only will studying in advance keep you from burying your face in the pages as you audition, which is bad for multiple reasons (the camera won’t get a good shot of your face if you’re being filmed, it’ll be harder to act natural, etc.), but it tells casting you come prepared. It’s good to keep your pages in hand, but really, they should practically be memorized.

To hammer this home, let me say there’s nothing more annoying than an actor who is clearly reading sides they got in advance for the first time. Recently, I was auditioning actresses for a short. An actress came in and she looked and sounded the part. I was already putting stars next to her name. Then, she read. She’d had her sides for two weeks – and couldn’t get through one line without stumbling. We had to start over FIVE times. This wouldn’t have happened if she’d prepared. Her name went from being starred to being crossed out.

Likewise, IF you screw up, keep going. You won’t be grudged one flubbed line if you’re truly right for the part – but flubbing EVERY line and having to start over will over-shadow any talent you might have.

There is a brief list of things to do when you first arrive to show you’re professional.

Being friendly when you come through the door is a must. If the character’s hostile, don’t come in brimming with hostility – save it for the audition. Introduce yourself first and foremost as a person who’s great to work with.

Also, if you have a REAL question about the part that will help your audition, don’t be afraid to ask. It shows you’re giving this thought. (But don’t pull a pretentious question out of thin air for no reason! Example: “Can you tell me any background for why the character feels so strongly about X?” FINE. “Is it safe to assume that the character’s feelings are strongly rooted in an existentialist training not mentioned here?” NO.)

Then, once things are really ready to roll, remember to do the following:

If it’s being taped, ask “How am I framed?” This gives everyone confidence you know their language and how to play to a camera. Also, knowing how you’re framed will help you figure out some basics: for example, how much should you be moving? If you’re in close-up, the answer is: not at all.

Next, make sure to slate. Slating means looking into the camera and saying your name before you start.

How well you take direction is often the deciding factor in whether you’ll be cast. Your first reading might have been great – but typically, you’ll be given a few notes and asked to do it again. This is either because the notes are genuine or because the powers that be want to see how well you adapt.

Feel free to ask questions when given notes. Brush up on improv or do whatever you have to to get good at applying notes quickly. One thing’s for sure – if an actor’s given notes, then proceeds to do the scene in the same exact way they did originally, their chances of success are drastically cut.

What other things do you do in auditions that you think are important? Please share in the comments below!