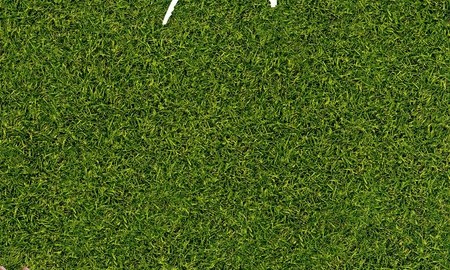 Rarely is an indie movie’s premiere considered an ‘event’; at least, not compared to premieres of major studio blockbusters released amidst massive marketing campaigns and publicity. But Richard Linklater’s Boyhood, opening this weekend, is an exception to this rule.

The film has received rave reviews since showing at Sundance this year and is currently 100% certified fresh on Rotten Tomatoes after 94 reviews. If those facts alone aren’t enough to peak your interest, though, perhaps the concept is.

Boyhood is a film that chronicles one young man’s journey from ages 6 to 18. That’s not too unique, but the approach to filming the story was: the movie was shot over the course of 12 years, filming 3 or 4 days each year.

The result has been astounding critics and audiences: the viewer gets to actually watch this family of four age and repeat the same cycles at different stages of their lives. Nothing quite like it has ever been done before, the closest attempt being Michael Apted’s 7 Up documentary series that re-visited the same subjects every seven years starting in 1964, documenting their progression from hopeful children to somewhat dreary adults. Boyhood, however, is no documentary; it’s pure cinema.

The effect of seeing time pass in this way can be as unsettling as it is epic. After watching Boyhood, some reviewers remarked upon how it feels to see someone age before your very eyes – reminding everyone that we’re “here today, gone tomorrow.” The film is a surprising 165 minutes long – however, in keeping with the theme of time slipping away, viewers seem to unanimously agree that those 2 hours and 45 minutes fly by.

All this interest surrounding Boyhood suggests it will do quite well at the box office. Only opening in 5 theaters this weekend (Lincoln Plaza, IFC Center, and BAM in NYC and Arclight and Landmark in LA), the film is expected to sell out at every showing, averaging a $50,000 intake for each theater. This is well above the $35,000 ceiling most indie films hit when it comes to theatrical releases. That’s great news for the film’s distributor, Jonathan Sehring of IFC Films, who has amazingly bankrolled the project from its start in 2002.

The film stars Ellar Coltrane as the central character, Mason, and Lorelei Linklater, the director’s own daughter, as his slightly older sister, Samantha. Ethan Hawke, who has notably worked with Linklater on the highly acclaimed Before trilogy, stars as Mason’s unreliable father, and Patricia Arquette rounds out the central cast playing Mason’s mother.

What do you think? Will Boyhood’s realism catapult it to further greatness this year? Or will it fail to live up to all the hype?

Alexander Felix took a long road to Hollywood, but on the way, he kept his focus on his end goal: to write amazing screenplays.

He credits his writing success to his real-life experiences and his filmmaking background. A graduate of the Digital Film Academy, he recalls his time there as extremely important because it taught him to see things visually. Being able to “visualize what the end product needs to look like” is more important in the world of screenwriting than people realize. It’s certainly helped garner Felix much-deserved attention.

Felix also notes that the DFA is not a super-expensive school, but one that has “a solid curriculum and (where) everything is very hands-on.” His experiences with directing and cinematography while in the program were inspirational, and he remains open to one day directing his own work.

After his time in NYC and with the DFA, Felix felt ready to make the move to LA and pursue his writing – but fate had other plans. On a cross-country drive, his car broke down in Michigan, prompting an extended stay in Detroit. It wasn’t what he’d planned, but it wound up being a blessing in disguise: while there, he finished writing the Detroit-based Where Angels Die. Being in Detroit, he was inspired by his surroundings and able to location-scout as the script took shape.

Angels was his seventh feature script – and the one that brought him enough attention to propel his career to the next level. It garnered a rave review from Script Shadow,  and before he knew it, Felix was talking with some heavy hitting agents and managers. He soon signed with two CAA agents, no small feat. A great two-part interview with Script Shadow gives more detail on this experience here.

Now, Felix is truly about to enter the big-time. He’s been officially brought on to adapt Vicious, a V.E. Schwab novel about two pre-med students who discover how people can develop superpowers, with intense consequences. Scott Free, Ridley Scott’s production company, and Story Mining & Supply Co. bought the rights to the book last December and, among others, Ridley Scott will be producing.

This may be the film to help turn Felix from a promising newcomer to a Hollywood VIP. Stay tuned!