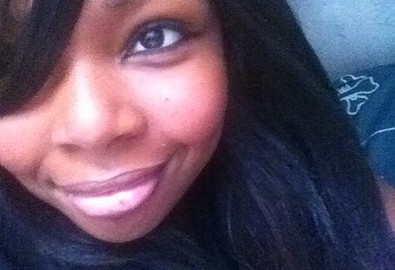 Before coming to the Digital Film Academy, Danesha Holmes tried many different career paths. She always knew she wanted to work in entertainment, but didn’t know in what capacity. As a result, in addition to trying acting and stand-up comedy, Holmes spent time in retail, in customer service, as a personal trainer, and even as an EKG technician.

Finally, she came to grips with the fact that TV was what she truly loved, and decided to do what she had to to make it her career. Before she knew it, she was googling film schools in the New York area. When she discovered the Digital Film Academy, she knew it fit the bill.

“The DFA was the best of all available choices, and it got my foot in the door,” Holmes says. Their one-year program was a good fit for her and, most importantly, she was able to receive financial aid. “I got a scholarship, and that really made the difference. Without that, I wouldn’t have been able to go.”

Part of Holmes’ financial aid package involved working off her tuition both by blogging for the school and by working as a receptionist. You can check out her blog posts here, under her pen name, Harley Page.

Most importantly, though, her experience with the DFA helped Holmes decide exactly which job in entertainment was right for her.

“By the time I graduated, I knew I wanted to be a video editor,” she says. “I enjoy that environment, enjoy seeing the final product come together, and the creativity and the work that goes into it.”

Throughout her DFA courses, Holmes was given the opportunity to work with rough footage from hit TV shows like Monk and Hell’s Kitchen. She got to put together cuts from multiple cameras to create a finished product. She also completed a co-thesis with another student, Jazmin Young – a web series called Sabotage. The trailer and logo can be viewed below.

She now works for Leftfield Entertainment, transcribing and logging shows such as Pawn Stars, ESPN 30-30, Blood, Sweat, and Heels, and United States of Stuff. She recently interviewed for a promotion to assistant editor.

But her long-term goal? “To be a video editor and to own my own business,” Holmes says with confidence.

“The DFA changed my life completely,” she says. “It helped me choose my career path. I’m definitely going for the stars now. Thank you guys!”