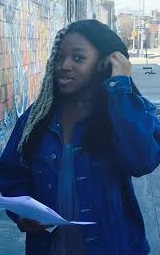 What’s the biggest way in which the Digital Film Academy has affected student Ayanda Chisholm’s life?

“Definitely the WebTV class,” she says. “I had never considered doing a web series before. Now I’ve completed two episodes and plan to finish an entire first season.”

The web series, titled The Young, Black, and Gifted, focuses on a group of youths who form a coalition to fight police brutality. Just recently uploaded, the series has already begun to attract hundreds of views.

“Some of the best advice I’ve gotten at the DFA was from Patrick,” Chisholm says, referring to DFA President Patrick DiRenna. “When making a film, he says to focus on ‘Emotional complexity and clarity, with a simple production.’” This formula has served Chisholm well and inspired her to create work that lands an emotional punch but won’t break the bank production-wise.

The series was created with an all-DFA crew, with the exception of the make-up artist. “It came out almost exactly as I imagined,” Chisholm muses, a statement rarely heard in the film world where finished projects often fall short of their original concepts. “Actually, it came out better than my vision.”

You can view the first two episodes of her web series here:

This recent success aside, Chisholm was no stranger to script-writing and filmmaking prior to entering the DFA’s Advanced Digital Filmmaking program.

“I’ve always been an avid movie-watcher, movie-lover,” she says. 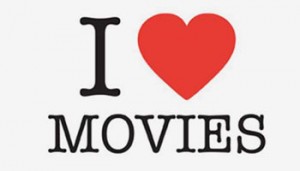 She began as a playwright, writing her first short play in middle school, where it was performed for her classmates. Once she got to high school, she began to transition into film. But, like most early filmmakers, she experienced her fair share of growing pains.

“I made one short that got into our school’s ‘New Works’ festival,” she remembers. “But while watching it, I realized that the girl who had done the editing hadn’t synced up the last minute of video and sound. It was really frustrating to see.”

It was around that time that Chisholm began to delve into the editing process herself. “I began editing in my sophomore year and have been obsessed with that ever since. Writing, directing, and editing.”

It was through this love of editing that Chisholm found herself joining Reel Grrls, an all-girls filmmaking group offering Adobe training. Taking the Adobe program made Chisholm eligible to apply for Adobe’s Youth Voices Scholarship, a worldwide contest granting scholarships to 25 winners to further their education.

As part of her application, Chisholm created and submitted a one-minute film entitled Black Beauty in the White Gaze. The piece dealt with society’s tendency to view beauty through the ideals of the white community, often showing disrespect to black women. The piece struck a chord with judges and Chisholm became a 2015 Adobe Creative Scholar.

At that point, Chisholm began to research different film schools in New York City, where she knew she wanted to live. When comparing schools, the DFA’s offer of free use of equipment, including a RED camera, registered as a huge perk other schools weren’t offering. Once visiting the school, Chisholm just felt it “seemed like (her) scene.” She moved from Seattle to live with her best friend and began studying at the DFA in August 2015.

Now fully immersed in her DFA courses, Chisholm talks about her professors – all industry professionals – and how their classes have resonated with her. “The cinematography instructor took our class to MoMA to study the different paintings. Once back at the school, we tried to re-create the lighting in those paintings using our equipment,” she recalls. “Also, the directing class is so much fun. Every week, we’re directing a different scene.

“(As film professionals), the instructors are able to offer great insights into the industry.”

I want challenges, to be able to work in different genres

In addition to continuing with her web series, Chisholm hopes to be able to make a living doing what she loves. “I want challenges, to be able to work in different genres,” she confides. “I don’t want to get stuck in a ‘practical’ job.”

Most importantly, Chisholm has something many filmmakers just starting out don’t have: a clear mission.

“I want to explore narratives that aren’t usually told, amplify voices that are usually not heard,” she says. “Someday, if I reach that point, I want to be able to open doors and offer opportunities for others. Help film to diversify as much as possible.”

We have no doubt she will succeed.